COVID-19 Notice: The lab is currently operating as usual and following the safety recommendations from the government in Florida. We will continue to monitor the situation closely to ensure employee safety.

Due to these unprecedented times, the situation may change at any moment, and we encourage you to contact us before sending your samples so we can recommend you the best way to proceed.

Organic and Carbonate Materials and Water

In what instances would Beta Analytic advise a client that the sample is unlikely to yield a reliable date?
Disclaimer: This video is hosted in a third-party site and may contain advertising. 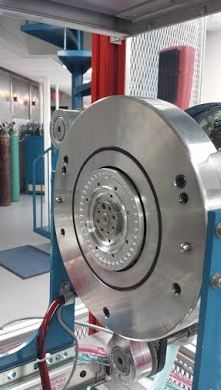 The practical background detection limit for radiocarbon dating by liquid scintillation counting (LSC) or AMS has long been argued and researched.

Some laboratories will analyze a sample one time and report a finite result, e.g. 48000 +/- 500 or 53000 +/- 2500. Beta Analytic’s own research has shown that such reports on a single analysis can be very misleading. In the past, Beta Analytic has sent graphite splits of the same exact graphite produced from Miocene-aged coal to as many as seven different AMS labs and obtained finite quotes of ages between 42000 to 53000.

These variances in detection limits have also been illuminated in the various International Radiocarbon Intercalibration Studies (TIRI, FIRI, VIRI), where sub-fossil or fossil samples yielded a range of results from finite to greater-than and not always in the right direction.

Beta Analytic has set a real and conservative limit of greater than 43500 BP when the activity of the material is statistically the same as the background. This is a credible number based on the lab’s own internal AMS limits. As such, Beta Analytic does not quote finite ages in excess of 43500 BP. Samples that yield an activity at or below this are reported as “greater than” 43500 BP.