The remains of insects are dated using the exoskeleton made of chitin, which is a fibrous substance made up of polysaccharides. Given the very small size and weight of the exoskeletons, they have historically been very difficult to date. However, with recent advances in Accelerator Mass Spectrometry (AMS) technology, very small amounts of chitin are required for accurate radiocarbon dating, e.g. 3-4 head capsules or 5-6 intact wing segments (Elias, 2010). 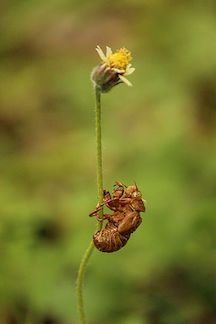 The carbon-14 dating and analysis of insects have been of interest in archaeological and paleoenvironmental studies. For example, extensive work on insects and mummies has been completed by the Manchester Museum. The researchers have found insects resulting from the decay of the mummified bodies (e.g. Anthrenus museorum L.) as well as insects which were integrated into the mummy during the wrapping process (e.g. Chrysomya albiceps) (David, 1979), with dating recently confirmed using AMS technology (Panagiotakopulu et al. 2014). However, such studies have found that chemicals used in mummification processes (e.g. bitumen) can have an effect on the reliability of the insect chitin dates.  In order to verify the dates of the insects, parallel dating of contemporaneous plant matter can be performed (Panagiotakopulu et al. 2014).

The chitin material of insect exoskeleton is an ideal mineral for further isotopic analysis given its resistance to solubility and decay. When conditions allow, the atoms of nitrogen, carbon and strontium will remain stable within the chitin structure for millions of years, allowing for the reconstruction of past environments (Elias, 2010). Insects incorporate these isotopes into their structure through their diet and water intake, allowing them to be used to reconstruct variability in these isotopes over space and time. 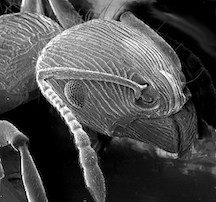 While different relationships have been confirmed between environmental variability and stable isotopes in insect chitin, these correlations can be complicated by changes in incorporation at different life stages and between different species (Gratton & Forbes, 2006).

Pretreatment – It is important to understand the pretreatment applied to samples since they directly affect the final result. You are welcome to include specific instructions on pretreatment or reporting.

To request for Radiocarbon Dating Costs, please use this form.

This entry was posted on Saturday, January 29th, 2022 and is filed under Radiocarbon Dating, Stable Isotope Analysis .