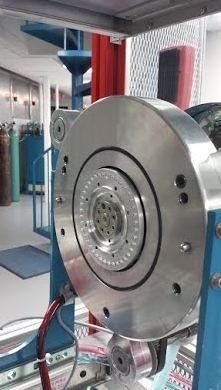 Beta Analytic does not report standard deviations of less than +/- 30 BP for single measurements since this can lead to a misinterpretation of the accuracy of the results. The only time standard deviations of less than +/-30 years BP are reported is when the lab runs a unique sample fraction (e.g. a single twig, seed, bone, shell) 2 or 3 times on portions that have been pretreated, graphitized, and AMS counted independently of each other. In this step, we aim to reduce any sample, laboratory or counting bias in the accuracy and quoted sigma. Once 2 or 3 measurements have been made, the lab then performs a weighted average age and error calculation and reports those values.

The detection efficiency in particle accelerators is very high, as such extremely low sigmas are possible simply by measuring more reference standards and/or counting the unknown sample for longer periods of time. While this may produce a very small numerical sigma value, that value is strictly limited to the “determinate errors” associated with counting the 14C modern standard (oxalic acid), unknown sample, and chemical blank (background).

Quoted sigmas on radiocarbon dates, unfortunately, cannot take into account “indeterminate errors” such as sample homogeneity, chemistry, and to a lesser extent, detector stability. As good as AMS machines are, simultaneous measurements of the 14C modern standard, sample, and blank cannot be done so small shifts up or down in the detection efficiency of the AMS over the course of the run will affect the accuracy of the result, which at times are outside of the smaller quoted sigma values possible. This is why Beta Analytic only quotes smaller errors by going through the additional effort and cost of running samples multiple times.

Other Interesting Topics:
The Suess Effect: Why is it important?
Radiocarbon “Bomb Pulse” Dating
What is the Bomb Effect?